Rio has had over 4,500 graduates in the 55+ years of its existence. Students come from all over the world and come back each April to celebrate and reminisce their high school experience. Here is a little slice of the story of how Rio came to be.

During the late 1950’s, Northern California Conference began a fundraising campaign that would change the course of history in Adventist education throughout Northern California. The conference’s dream was to build a state-of-the-art boarding school to provide not only a quality education to high school students, but lead them to Christ and prepare them for eternity. 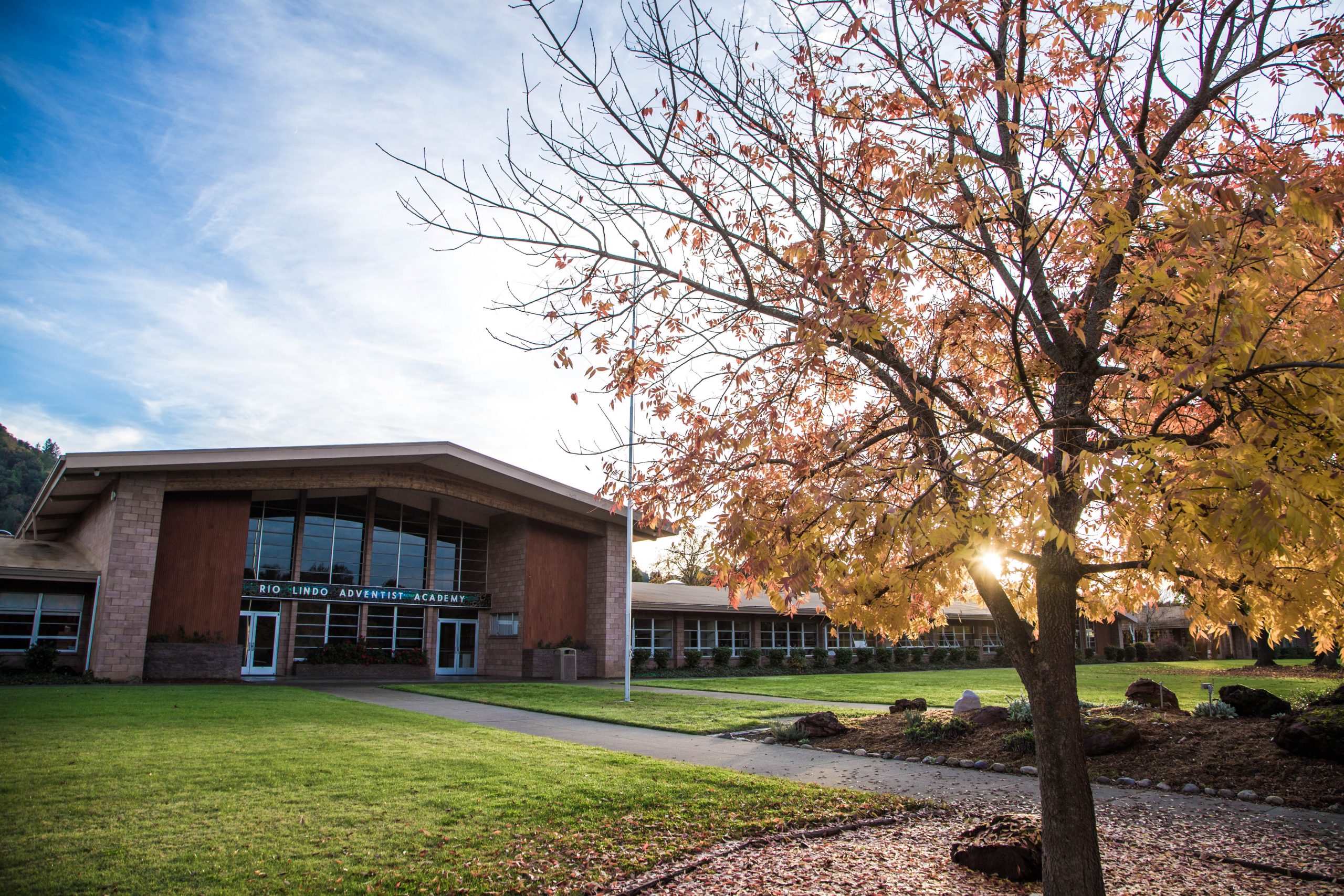 Over a period of two years, over 100 sites were evaluated and rejected for a variety of reasons until finally the search committee selected Digger Bend Ranch, recommended by the Etchell family, which was located on a bend in the Russian River outside the town of Healdsburg. Combining easy access, cultivable land, and pure water with a serene and beautiful rural setting, this site offered the perfect setting for a new school whose goals were to foster rigorous academic study, healthy physical development in an invigorating natural environment, spiritual growth with an emphasis on unselfish service to others, and positive and lasting social relationships among both students and staff. 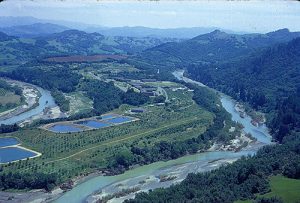 That dream became a reality on Sunday, September 2, 1962 when Rio Lindo Adventist Academy was opened with an elegant ceremony. Students moved into new dorms and labs were equipped with the latest technology.

Principal Walter T. Will and his faculty of 32 led an unforgettable school year for over 300 students. Highlights from that first year were electing the SA officers, taking a ski trip to Tahoe, and many worships and students’ encounters with God.

“Some of the friendships you have made this year will be dear to you through your life. This summer when we look back on our good old RLA we will remember the many good times we have had,” wrote one senior to her friends after graduation. 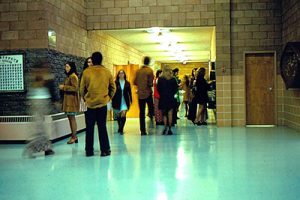 During the first five years of Rio’s existence, over 500 students graduated, taking subjects like German, business, architectural drafting, welding and shop classes, and French. The cost of tuition in 1968 was $1,650 a year. Service became an integral part of Rio’s culture and students collected cans from the community instead of going trick-or-treating on Halloween. In 1969, Rio students rebuilt the home of a local family who had lost everything in a fire. Governor Ronald Reagan wrote the students a thank you note to recognize their efforts. Each year, students would perform service projects in the local community, ranging from cleaning up the Russian River, to beautifying Healdsburg, or helping the homeless. 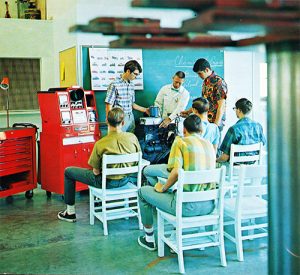 Even though the school was everything the Rio community had hoped for, they knew that one thing could make it even better; a pool. Students campaigned and worked to earn the money to build the pool and during a 30-day fundraising campaign, they raised $13,000, which is equivalent to $84,000 today. The pool was finished in 1970 and was used throughout the year both for recreation and exercise in PE class.

Throughout the ‘70’s, Rio’s curriculum began to grow and change. A counseling center was developed, and faculty member Clinton Conley added ceramics to the art program, saying, “Personally, I feel that ceramics is one of the most durable, creative and useful of the craft areas.”

Ceramics has proven to be a popular medium over the years and is still taught today.  Rio also broadened its elective classes to include auto body and incorporated computing classes in the 90’s. 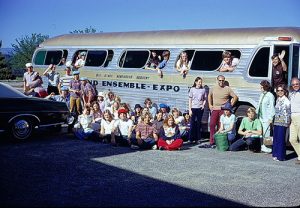 Rio always emphasized work education, giving students a chance to learn the value and satisfaction that having a job can bring. Students have worked at a redwood furniture factory, called Harris Pine Mills, campus laundry, a broom factory, and many students worked in school offices for teachers and staff.  The work program still employs most eligible students, preparing them for college and the work force.

Rio senior Ernest Simanungkalit says, “When I got to Rio, I applied to the cafeteria for a job. I quickly learned that the people I would be working for were not only my bosses, but mentors.  I learned leadership skills that I believe will help me outside of Rio.” 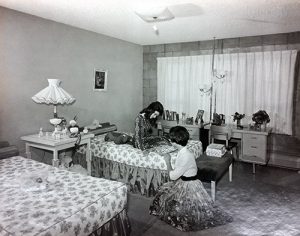 The original dream for Rio Lindo Adventist Academy is alive today.  Students still receive a quality and well-rounded education. Data shows that the more years a student attends Rio, the higher their standardized tests scores are.  Within the last few years, Rio’s teachers have worked tirelessly with outside educators to continue learning how to teach to all learners. Throughout the professional growth process, teachers discovered the power of collaboration in reaching a student, as well as the continuous need for raising students’ reading and writing skills.  As a whole, Rio Lindo Adventist Academy still desires to provide a safe, educationally enriching, spiritually uplifting experience for generations of students.

“We commit to reflect Christ, cultivate the relevancy and excitement of learning and impact the world through service.”

By Makayla L., ’23 and Isabella W., ’23 Preparing for boarding school is something you might not hear in your day-to-day conversation. It was never an easy conversation to have when I had talked to family and friends about my choice to go to boarding school. I was always asked, “How do you prepare yourself...Read More 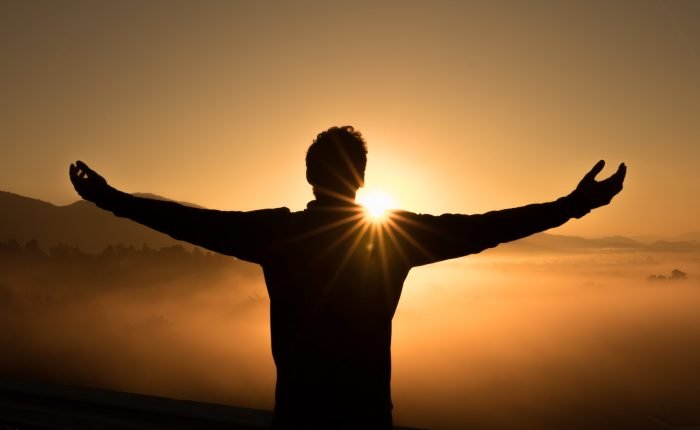 Over the past two years, teens have faced a myriad of challenges to their learning, family life, and relationships due in part to COVID. This semester, Rio launched a new counseling service that caters to the growing need of mental health support for its students. The service, called Sync Talk by Synchronous Health, provides students...Read More 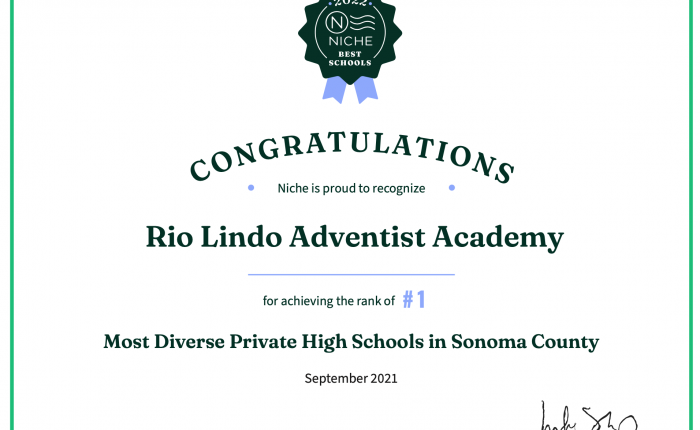 Rio Ranked #1 for Diversity in County

Rio Lindo Adventist Academy was recently ranked as #1 in Sonoma County for Diversity, #2 Overall Private High school in Sonoma County, #4 in California for Diversity, and #7 in the U.S. for diversity in a private high school by the school and community ranking website, Niche.com.  Rio’s student population has no overwhelming majority of students,...Read More
“

As an Alumni of Rio Lindo Adventist Academy, I found the scholastic experience and spiritual experience fabulous. I loved the faculty and my roommates my sophomore and junior years. I gained a more detailed spiritual experience with God and grew closer to Him. My teacher of Religion every year was magnificent. I had so much fun at Rio Lindo. It was so exciting and fulfilling developing as a young person for the rest of my life. Attending Rio Lindo Adventist Academy is where your adventure begins!